This is previously unseen behind-the-scenes footage of these three awesome straight lads in some gay action together at English Lads! It was a shoot with a few unexpected turns too … they started off with Marc planning to wank both the other lads off and so, after they are all stripped down, Site Members get to see Marc playing with both Cameron and Andrew and seeming to enjoy wanking them both! Right near the beginning, there is also some unexpected kissing action with both Cameron and Andrew doing some great 1st time kissing with Marc. He does seem to be a bad influence of things and he continues, filling his mouth with each of the lads and then, before you know it, he greedily gobbles both Cameron’s and Andrew’s uncut cocks at the same time! 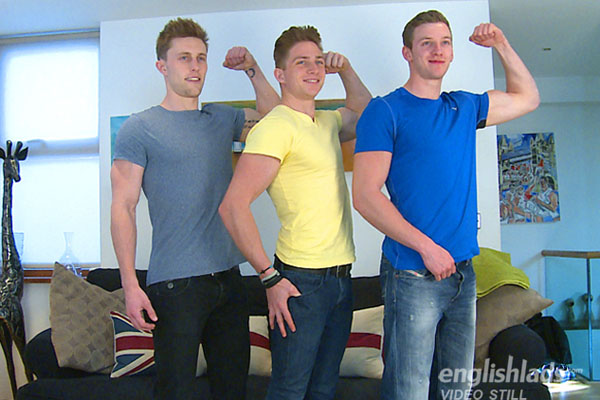 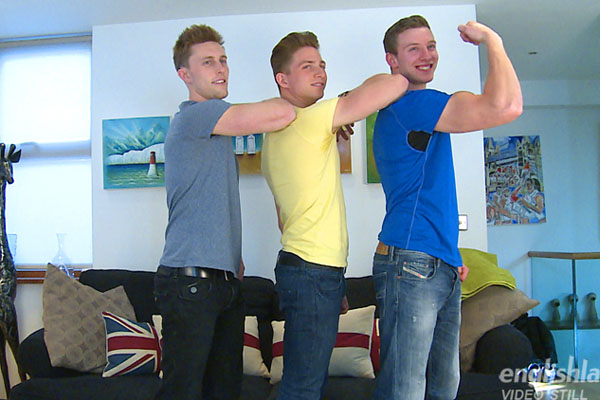 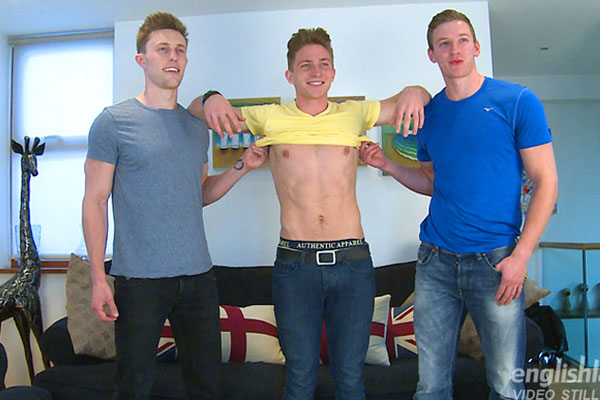 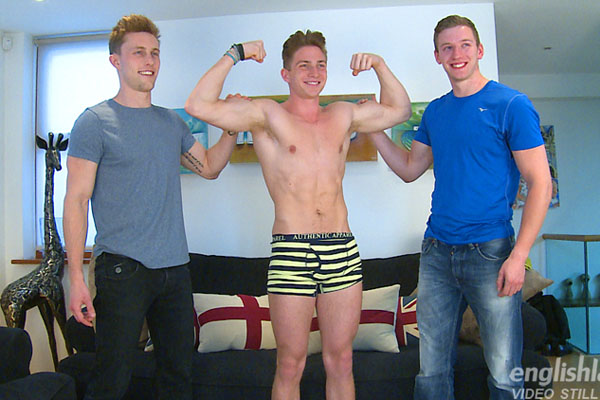 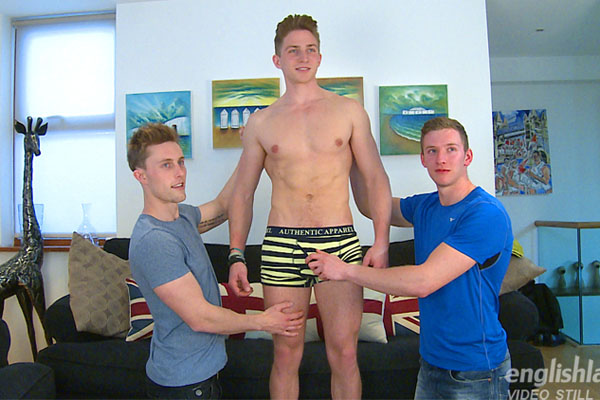 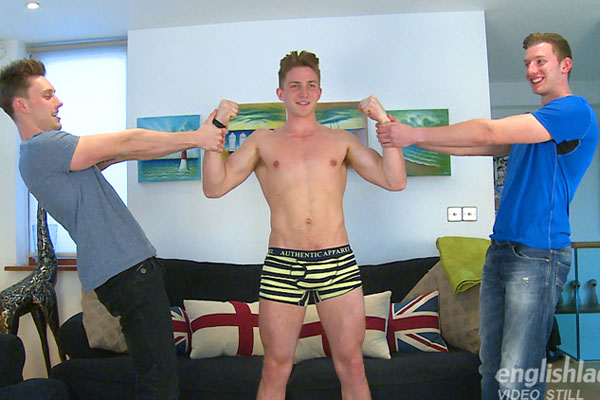 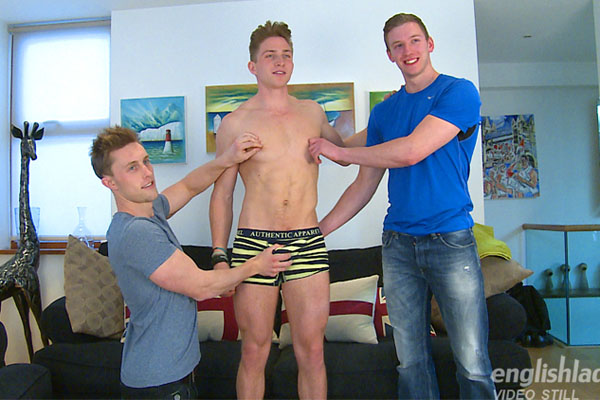 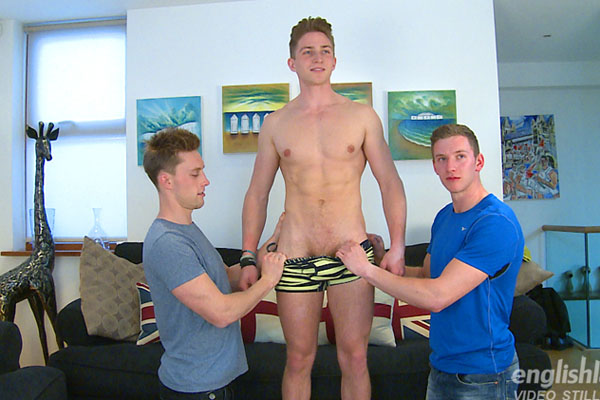